Jennie and her daughter, Sophia: 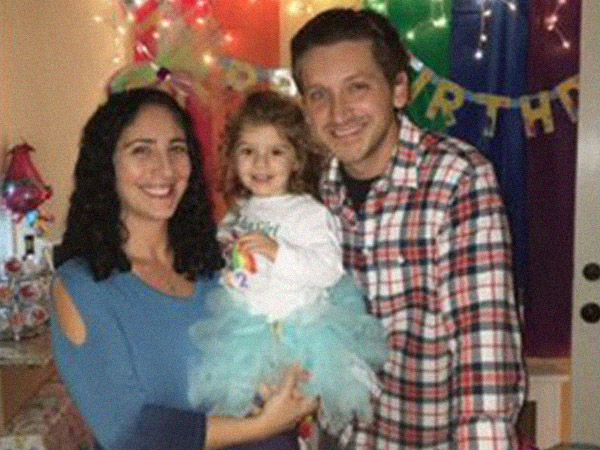 My daughter Sophia was diagnosed with Pompe Disease at birth, based on the NY newborn screening. We were beyond devastated and had no idea what to expect or what Pompe even was. Little did we know, that it would be a difficult road ahead and our Pompe rollercoaster would begin.

Doctors had few answers and no one seemed to know what to do. We were told to “just wait and see” since Sophia was diagnosed with late onset Pompe and symptoms weren’t prevalent other than her having low tone and a slightly elevated CPK level and liver levels. The scariest part of her diagnosis was not having definite answers and not knowing what could happen or when. Each day we lived with anxiety, worrying if “today would be the day” we would see signs of Pompe. We did not know what to do or know who to turn to for help. Fortunately, the members of Pompe Facebook groups guided us in the right direction…and that direction was toward Duke and Dr. Kishnani.

We couldn’t bear to “just wait and see” and watch her muscles deteriorate slowly, so we made the difficult decision to begin ERT treatment on the recommendation made by Dr. Kishnani and her team. At 9 months old, Sophia had port surgery since she would be receiving treatment every two weeks. The Pompe diagnosis was devastating enough and having the port surgery was just as traumatic. It was very difficult to keep a brave face and have the strength to carry on. We then began treatments soon after, every two weeks, driving over two hours to have ERT treatments in New York City, spending hours infusing at the hospital and then driving over two hours back home again. The entire infusion day was physically exhausting and emotionally draining. We continued that routine for about a year until we were able to transfer to home infusions.

Currently, Sophia is doing well with her infusions and she receives PT and Speech therapy twice a week through Early Intervention Services to ensure continued physical strength and progress. She is a bubbly, happy, smart little two year old who loves playing with her toys, watching her favorite tv shows and dancing to music. I now tell myself that as long as Sophia wakes up happy then we should be happy too and save the worrying for when it’s really necessary. Though Pompe has changed the definition of what it means to be “normal” for us, it has helped us to grow stronger as a family and to appreciate the little things in life so much more than before.